Do you ever know what is server security and what its concerns for today? The server often houses a great amount of sensitive information related to your organization. Located at the heart of your organization’s IT infrastructure, it is basically used to operate email systems, host the data, and power the Internet. 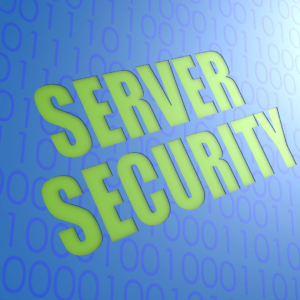 What if the security of your server is compromised?

It simply means that a threat actor will get access to your sensitive data at once. From a weak password to missing antivirus software, many security loopholes can expose you to significant data loss. Server security is an ongoing issue, regardless of whether the server is placed in a data center or located in a workplace somewhere. Server security is even a problem if your servers are sitting in the cloud.

Letting a hacker or malware access a server can jeopardize the security of an entire business. Server security concerns can be anything. It can be uncontrolled physical access to a server as anyone can get access to your server room. By leaving a server sitting in an open work area is like asking for a trouble. Sometimes, weak passwords can provide an easy passage to a threat actor to get into your data. Not keeping server and application software updated is another way to make your server prone to security issues.

The point is here that threat can hit your server in any form—whether it is a stranger, weak password, malware or unauthorized access.

Here we have outlined what big server security concerns faced today as well as the way to deal with them.

A brute force attack refers to the intruder attempts to get unauthorized access to a server by guessing a user password. It is generally done through the SSH server, Mail server, or the other service being operated on your system.

A threat actor will generally use software that will try every possible combination to find the right one.

Brute force detection software notifies when multiple failed attempts are made to get access.

A Mail Transfer Agent or MTA generally uses an SMTP server to deliver email from your server’s users to people across the globe.With an open relay, anyone can utilize your SMTP server, including threat actors. Not only it is harmful to give spammers access, it could very well get the server placed on a DNS blacklist that some ISPS might use to block mail from your IP.

A cybercriminal can use botnets to automate the distribution of malicious software on “agent” servers.They then utilize the agent machines to attack or infect others. Given that it is performed automatically without any manual intervention, botnets can spread like wildfire and cause a huge loss.They are commonly used in DDoS attacks and spam campaigns.

DoS of Denial of Service is used by threat actors to shut off access to your website. They do this by increasing traffic to your site to make your server unresponsive. While some DoS attacks are done by a single attacker, others are launched and are termed as Distributed Denial of Service of DDoS attacks.In fact, the victims are not aware that their systems are being utilized as agents.

Cross-site scripting, also known as XSS, is a way to capitalize on the loopholes in web applications.Such loopholes let the cybercriminals inject code in a server side script that they will utilize to imply harmful client-side scripts or collect sensitive data from the user.Such issues can be detected and fixed by using scanner software.

Like cross-site scripting, SQL injection needs a vulnerability to be present in the database of a web application. The harmful code is injected into strings that are later passed to the SQL server and implied. It can be prevented by scanning for problem code and fixing it.

Wikipedia defines malware as “any software intentionally designed to cause damage to a computer, server, client, or computer network. A wide variety of malware types exist, including computer viruses, worms, Trojan horses, ransomware, spyware, adware, rogue software, wiper, and scareware.”Malware is malicious software. It can be installed without the direct consent of the user.

Physical security is always the top priority for a server. No matter what methods, tools or software you utilize, if you let uncontrolled physical access to a server, you are making your server prone to risk. Physical security should be taken into account. Allowing unauthorized people in the facility and specific data halls can pose a threat to your physical security.

Negligence also poses a great threat to your server’s security. For example, some users use weak passwords or don’t install anti-virus software. If you are one of them, your server security can be comprised despite having all the security measures in place.

Most applications in the server that are included in default installations are solid, tested pieces of software. Having been in use for many years, their code has been thoroughly polished and many of the issues have been found and fixed.

But keep in mind that a perfect piece of software doesn’t exist. There’s always room for improvement. Apart from that, newer software is often not as thoroughly tested as it should be, because of its recent arrival in production environments or because it might not be as popular as other server tools.

Even the most careful organization can get into trouble if the network services they pick are insecure. For example, there are many services created under the assumption that they are used by over reliable networks; however, this assumption fails as soon as the service is made available over the Internet—which is inherently unreliable itself.

Insecure network services are also those that need unencrypted usernames and passwords for authentication. Such services are more vulnerable to man-in-middle attack. In this form of attack, an attacker gets into the communications between two parties.

How to Keep Your Server Secured

A firewall is a security system that keeps tabs on incoming and outgoing traffic as well as blocks unauthorized access from a private network computer. It can access all the data that gets into the server and look for malicious elements. Moreover, a firewall can also prevent Trojan horse and keep hackers out. However, stay away from the free firewall as hackers can easily outwit them. Instead, invest in high-quality and reputable applications to ensure the utmost security.

Use Private Networks and VPNs:

Another way to protect your server is to establish secure communication through VPN (virtual private networks) and private and software such as OpenVPN.

Private and virtual private networks restrict access to selected users. Private networks utilize a private IP to create isolated communication channels between servers within the same range. This lets multiple servers under the same account transfer data and information without exposure to others.

Make sure to use a VPN when it comes to connecting to a remote server. It creates an entirely secure and private connection and can span remote servers.

Use SSL or Secure Socket Layer to protect information exchanged between two systems via the internet. It can be deployed both in server-client and in server-server communication. It encodes the data so that the critical data is not stolen in transit. Not only does the certificate encrypt information, but it is also utilized for user authentication.

A server is usually associated with a root user who can perform any command. However, the root can pose a threat to your server if it gets into the wrong hands. It is a common practice to deactivate the root login in SSH altogether.

To make sure unauthorized people don’t misuse root privileges, you can build a limited user account. Although this account lacks the same authority as the root, it can perform administrative tasks using certain commands.

While it sounds like a basic piece of advice, not all organizations are serious about their password security. Creating weak passwords makes your data a low-hanging fruit to cybercriminals. First of all, passwords should be a mix of characters, numbers and alphabets. Secondly, set an expiration date for a password so that you can create unique passwords. Keep in mind that a password might last a couple of weeks or a couple of months.

Make sure to use passphrases for server passwords. A passphrase is longer and contains spaces between the two words. So, it might be a sentence, but it doesn’t have to look like this.  For example, Ilove!toEATCAKE@606Mainstreet.

Although the given example is longer than a common password, it contains upper and lower case letters as well as numbers and unique characters.

Moreover, it is much easier to remember it than a string of random letters. It is also important to take care of your passwords. Avid writing them on pieces of paper and hide them in the office.

Don’t use personal information such as birthday, hometown or car number. These are extremely simple to guess. Passwords that only contain simple words are not challenging to crack, especially by brute (dictionary) force attack. Avoid repeating the same password for multiple accounts.

Make sure to take a backup of the system in case you lose your data. Store encrypted backups of your critical data offsite or using a cloud solution. The data backup aims to create a copy of data that can be recovered when something goes wrong. You never know when hardware or software failure occurs only to destroy your sensitive data. Therefore, always have a data backup strategy in place.

Avoid providing the detailed information about the underlying infrastructure of your server as possible. The less you told, the better it is.

Moreover, it is a great idea to conceal version numbers of any software your server is installed with. Often they tell, by default, the exact launching data which can help hackers while searching for loopholes. It is simple to remove this information by deleting it from the HTTP header of the greeting banner.

File auditing is another practical idea to identify unwanted changes on your server. It involves the recording of the characteristics of your system when it is in a healthy state and comparing it to the existing state. By going through the comparison of the same system side to side, you can check all the inconsistencies and know their origin.

So you must have understood the major security concerns related to your server and how to deal with them. Like we have said before, a server is the heart of your organization’s IT infrastructure; therefore, it should be protected. For more Information Contact Us

What do you think? Let us know by commenting below!