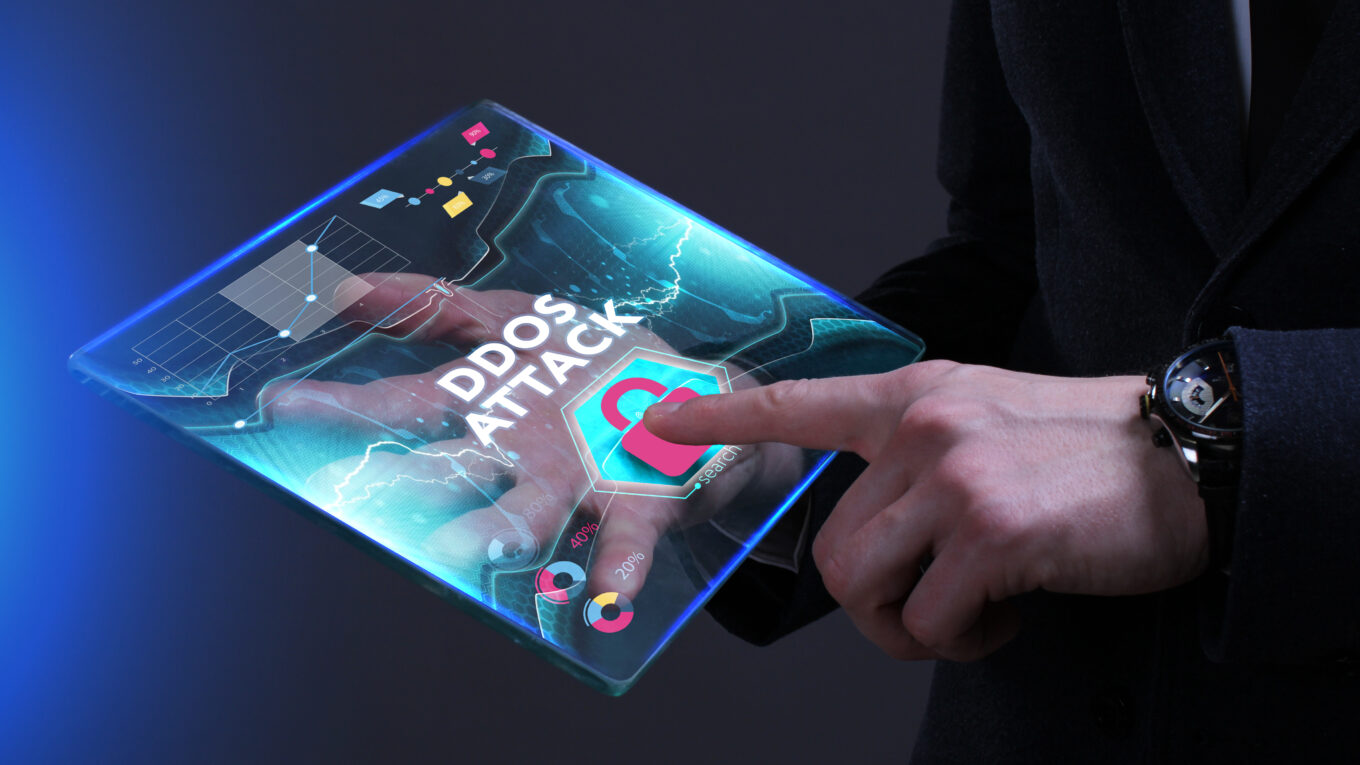 DDoS stands for Denial-OF-Service-Attack. It is one of the popular weapons used by cybercriminals to impact the availability of a server or any online service. If a website is being “brought down by threat actors”, it means it has been hit by a DDoS attack. The hackers have made the website unavailable by crashing or bogging down the website with too much traffic.

What is DDoS Attack?

Wikipedia defines DDOS as “a cyber-attack in which the perpetrator seeks to make a machine or network resource unavailable to its intended users by temporarily or indefinitely disrupting services of a host connected to the Internet. Denial of service is typically accomplished by flooding the targeted machine or resource with superfluous requests in an attempt to overload systems and prevent some or all legitimate requests from being fulfilled.”

In LAYMAN’S TERMS, a DDoS attack happens when your computer, server or website is flooded with too much traffic to handle. This attack aims to make websites or services unavailable so that they (website or service) can stop functioning.

The traffic that is used to overload the system generally includes artificial requests. As a result, genuine users cannot use the websites or systems due to the huge amount of traffic.

The requests come from various sources at the same time, making it challenging to stop the flood of requests since preventing a single source will not stop the traffic being generated from other sources.

DDoS attacks are launched for various reasons including taking revenge and blackmailing the owners of a machine or system.

Imagine that the attackers have targeted a shop. They plant a huge number of fake customers at the door of this shop. Due to the crowd at the doors, the actual shopper is not able to go in and buy from the shop. This increased fake traffic can lead to the closure of the shop temporarily or permanently.

How Does DDoS Attack Work?

To launch a DDoS attack, a hacker needs a network of internet-connected machines such as computers and other devices. And these internet connected machines should be infected with malware so that they can be controlled by an attacker. These infected pieces of machines are known as bots while a group of bots is known as a botnet.

These bots are just like zombies, meaning that they obey the command of their master.

Once a botnet, which is a network of infected machines, is created, the cybercriminal can launch an attack by sending remote instructions to each bot.

When a victim’s server or network is on the radar, each bot delivers requests to the target’s IP address, overloading the server or network with more traffic than they could accommodate. And one more thing—each bot is a legitimate Internet device, making it challenging to separate the malicious traffic from normal traffic.

Attackers have a range of tools to hide their activity or avoid detection. For example, internet protocols such as IPv4 are not protected against spoofing.

Cybercriminals also use another method to avoid detection which is known as Fast Flux DNS. This technique is used to hide malware and phishing delivery sties behind the ever changing network of infected hosts acting as proxies. The botnets then exchange IP addresses at random, which happens rapidly. Consequently, it is more challenging for a victim to trace attack traffic.

How to Protect Against DDoS Attack

By 2023, the number of DDoS attacks can be 15 million. One of the reasons for this huge spike is that DDoS attacks are quite easy to launch, making them an attractive option for cybercriminals across the globe.

It has been found that small businesses are likely to suffer damages of up to $120,000 per DDoS attack, while large scale attacks can cost up to $2 million.

Whether you are a small business or a huge company, your online services, including websites, email and any devices being connected to the Internet, can be affected by a DDoS attack.

Here’s how you can protect your site against DDoS attacks and make your website available online all the time.

Increase your bandwidth to handle traffic surges that might be caused by malicious activities. When you raise your bandwidth capacity, an attacker is required to increase the number of attacks accordingly for a successful attack.

You can minimize the risk of a DDoS attack by making some simple hardware configuration changes. For example, your firewall or router can be configured to drop incoming ICMP packets or block DNS responses from outside your network, thereby protecting against certain DNS and ping-based volumetric attacks.

With the ever increasing scale of DDoS attacks, relying solely on hardware might not work. Why not switch some of your resources to the cloud. This is because the cloud has more bandwidth. Secondly, cloud-based apps can soak up malicious traffic before it ever reaches the targeted destination. Cloud based services are also monitored for security threats such as DDoS attacks.

Don’t Think That You Are Too Small To Be Attacked:

Many small businesses assume that they are too small to be attacked. But it is not true. Cybercriminals are likely to attack small businesses and startups more often than their larger counterparts. Thanks to their limited security resources and outdated tools.

It is better to get prepared for a DDoS attack rather than waiting for the attack. You never know when you are hit by such malicious attacks. Having a proactive security approach will not only minimize the risk but let you respond quickly to the attack. Make sure to practice good cybersecurity hygiene. Besides, you can create a team to deal with the attack as well as a plan that will outline how to prioritize resources to protect online apps and services from crashing. You can also plan how to contact the ISP or the Internet Service Provider that is related to the attack as they might be able to help stop it.